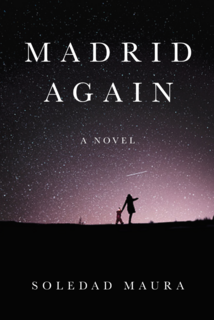 A debut novel about a family across three generations and two continents. Mother-daughter, Spanish-English, Europe and the United States.

A man of many faces, Jorge Semprún perfectly personified the struggles and successes of twentieth-century Europe. Semprún enjoyed a privileged childhood as the grandson of Spanish Prime Minister, Antonio Maura, until his world was shattered by the political strife of the Spanish Civil War and he went into exile. Facing dangers rarely seen outside the action movies of Hollywood, Semprún adopted a resilient spirit and rebel’s stance. He fought with the French Resistance in World War II and survived imprisonment at Buchenwald. After the war, he became an organizing member of the exiled Spanish communist party, maintaining the appearance of a normal civilian life while keeping one step ahead of Francisco Franco's secret police for years. Semprún later put his experiences on paper, becoming an internationally acclaimed author and screenwriter.

In this skillfully crafted biography, Semprún's life reads as easily as the best thriller, and has the same addictive rush as watching an edge-of-your-seat mini-series.

De la Mora is clearly one of the most exciting female figures from the Spanish Civil War. Many issues about De la Mora’s life and work have remained a mystery. Dr Fox sets out to unravel those mysteries and to elucidate, through her meticulous and brilliant research, the intricate political intrigues that affected De la Mora's life. Of special interest is the provenance of her excellent autobiography on the war, In Place of Splendor, one of the most compelling memory texts about the war. Fox’s surprising findings about the authorship of the book and other mysteries about De la Mora’s political activities should provoke much discussion.

Flaubert and Don Quijote: The Influence of Cervantes on Madame Bovary

A fascinating, authoritative study of Don Quijote and Madame Bovary, written with precision and clarity. Richly defining their cultural, social, and historical contexts, Prof. Fox develops a highly intelligent analysis of Cervantes' influence on Flaubert's novel and offers fresh insight concerning their differences, especially the contrast between the authors' conceptions of their central characters.

Exile, Writer, Soldier, Spy: The Life of Jorge Semprún
"Jorge Semprún packed four or five lives into one. Artist, prisoner, freedom fighter, diplomat, organizer—in his eighty-seven years he quite literally embodied the story of a whole continent. Soledad Fox's superb biography tells his story with clarity, grace, and high style, just as Semprún lived. This is an essential book, biography and history told with novelistic precision."—Jonathan Blitzer, writer for The New Yorker
Ida y vuelta. La vida de Jorge Semprún
La biografía definitiva de Jorge Semprún, un personaje de leyenda que atravesó el siglo XX español y europeo en primera línea.
Jorge Semprún - L'écriture et la vie
La vie de Jorge Semprún reflète presque tous les épisodes de l'histoire de l'Europe au XXe siècle.
A Spanish Woman in Love and War: Constancia del la Mora
By addressing the political and sociological meanings of Constancia de la Mora’s communism, the author opens up further audiences among historians of twentieth-century Spain while her exploration of how, why and with what consequences de la Mora then concealed this allegiance embeds her story in the domestic political history of twentieth-century America with its central mobilising narrative of anticommunism. Professor Helen Graham, Dept. of History, Royal Holloway, University of London
Connie
Biografía de Constancia de la Mora, aristócrata y republicana, una de las figuras más paradójicas de su época.
Flaubert and Don Quijote: The Influence of Cervantes on Madame Bovary
Flaubert used Cervantes' great novel as a model in his attempt to renew literature, to liberate him from the grasp of dominant literary schools. But the significance of Fox's study goes far beyond a detailed analysis of a single case in the history of literature. It is a 'comparative' study in the deepest sense of this term. The book shows how the discontent with actual literature in both cases of Cervantes and Flaubert leads first of all toward an ironic parody, distantiation from the dominant trends and later to radically new forms of artistic consciousness… The study is full of insights and is made by a very subtle and intelligent scholar who has a rare capacity not to force the material, but to listen to its voice with extraordinary respect and acumen. - Mikhail Iampolski, Professor of Comparative Literature, New York University